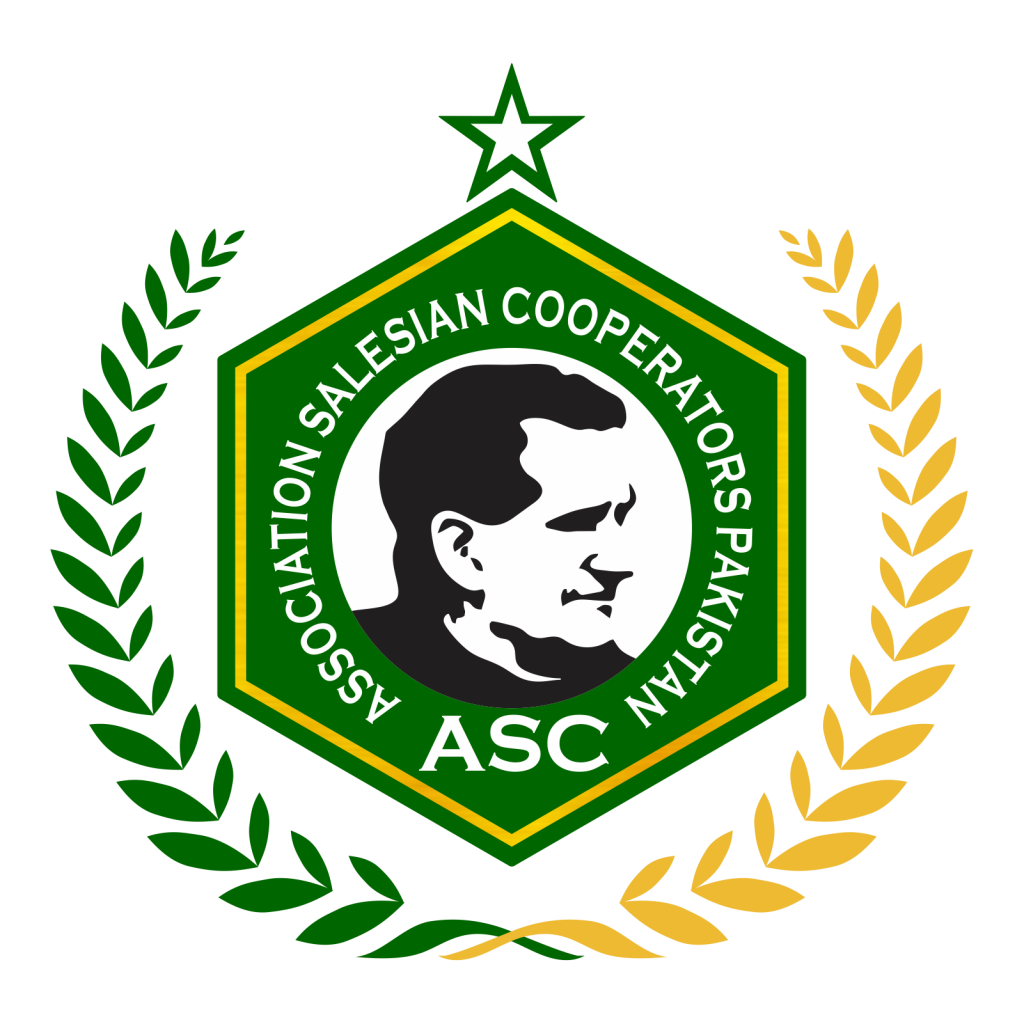 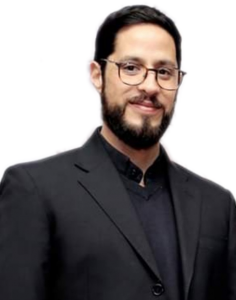 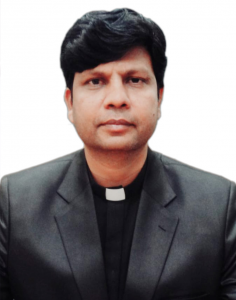 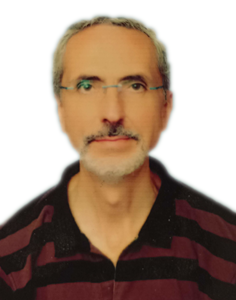 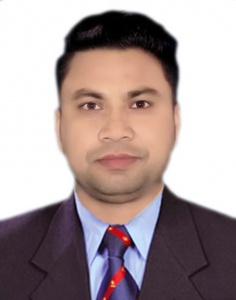 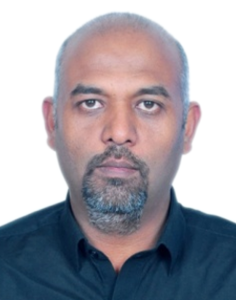 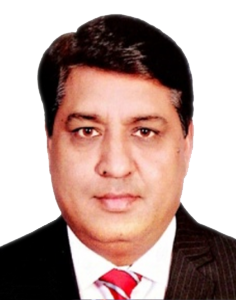 Salesian community is serving in Pakistan for the last 20 years and spreading true teaching of Don Bosco in youth and local community. In 2016 first Pakistani SDB priest Fr. Noble Lal SDB started his services at DON BOSCO TECHNICAL AND YOUTH CENTRE as Administrator. When he first time visited Thailand in 2016 and Fr. klement SDB who is inchrage of East Asia Oceania (EAO) asked him to start Association Cooperators Salesians (ASC) in Pakistan
In 2018 when Fr. Noble SDB visited Rome again he was asked the same question by Fr. klement. And he came back Pakistan took this initiative and consult with Fr. Gabriel Cruz Trejo to choose first cooperators from local community. Then salesian of Pakistan decided to start ASC at DBTC with three Candidates from local community.
Fr. Gabriel Cruz Trejo lately accepted the responsibility of formatter of Cooperators in Pakistan. Local Salesian community then chooses those three cooperators whom they feel that they can fulfill requirements of ASC.
Finally, Association Cooperators Salesians Pakistan started official formation with Afzal Aftab, Asher Francis and Ilyas Mushtaq in the middle of July 2019 and first meeting held on 14th of August 2019.

The Salesian Cooperators date back to the origins of Don Bosco’s apostolic project to help poor, abandoned boys: The Oratories. From the early days in Turin, he engaged men and women of different backgrounds and places to help him, within the bounds of their possibilities. As he expanded his work he realized not only that he was increasingly in need of cooperators (including priests, but above all lay people) linked to the Salesian mission, but also to form an association for them in order to give greater power to their work. Initially, he wanted them to be “extern” members of the Congregation of St Francis de Sales, with a specific legal status in the Congregation’s Constitutions. But the Holy See rejected this proposal, and he decided to organize them in the “Pious Union of Salesian Cooperators” (today’s ASC), with its own Regulations which were approved by Pius IX in 1876
The membership grew rapidly, and with their active help, the Cooperators made it possible to create and develop workshops for arts and crafts, mutual aid societies, farm projects, printing shops, day and evening schools, oratories, homes and shelters, missions and orphanages. In 1895 the first International Congress of Cooperators empowered them to contribute to resolving the great social issues created by the advent of industrialization. This work, based on the very ideals of freedom, justice and fellowship which are themselves Christian values, to this day continues in the business world, schools, social work, politics and the media.

The Regulations of Apostolic Life were drawn up in 1986. Faithful to the ideas of the Founder, they followed the Magisterium of the second Vatican Council and set out the identity of Cooperators as humanly mature people; convinced practicing Christians; laity aware of their vocation as baptized Christians called to take part in the mission of the Church in the world; authentic Salesians striving for holiness, sharing and bringing their concern for education everywhere, a key element in Don Bosco’s apostolic project. The founding element of their experience of faith and the way they live and conduct themselves is “being Salesians”, namely, possessing that heritage of spiritual and educational values bequeathed by Don Bosco and by Mother Maria Domenica Mazzarello (co-foundress with Don Bosco of the Institute of the Daughters of Mary Help of Christians) which leads them to give pride of place to the following areas of action: the family, to foster its growth as a community of persons founded on love and educational relations; the school and educational institutions, to provide a comprehensive education to young people through a pedagogy imbued with the Salesian spirit; youth centers, to promote the healthy and creative use of free time, receptive to such values as friendship, solidarity, and commitment to others; the parish and the oratory, to cooperate in animating youth groups, combining education with evangelization; social communication, which creates culture and disseminates models of living among the people so as to bring the love for truth, concern for education, and preference for positive messages into the world of the mass media; politics, social services, voluntary service, to make the institutions more attentive to the common good, to young people, to the idea of prevention in order to solve problems; the world of labor, to bear witness and promote an ethic of service, solidarity with the weakest and concern for the needs of the unemployed, moving beyond the rationale of pure economic efficiency.

The basic unit of the ASC is the Centre, which groups together the Cooperators working in a given territory, forming the living cell of the Association, and the place for formative and operational exchange. The life and work of the center are governed and animated by the local council. Centers are grouped by Province and are accountable to the Salesians’ Inspectorate (“Province”) and animated by the Inspectorate Council. The Country or Region which ensures contact and communion between the various Inspectorates is created as a National Conference in countries with a large number of Cooperators (Italy, Spain, Poland and Argentina), and as a Regional Conference in countries like India and Brazil. The World Convention made up of one member elected for each Region of the Salesian Congregation, and five members appointed by the Rector Major, is responsible for animating the whole Association and coordinating the educational and apostolic activities under the guidance of the Rector Major.

Salesian Cooperators generally place themselves at the service of the works of the Salesians of Don Bosco (SDB), sometimes holding posts of responsibility. In some situations, particularly in the Third World, they manage oratories, schools and family hostels.

Rome, Italy – October 2018 – Antonio Boccia is the World Coordinator of the Association of Salesian Cooperators.
The announcement was made by (Fr Ángel Fernández Artime,) Rector Major of the Salesian Congregation, on the evening of Saturday 27 October, during the 5th World Congress. “To know that the Salesian identity is a priority for you (all) leaves me joyful and peaceful,” the Rector Major told the more than 300 participants at the Congress, coming from 66 countries. “Young people, in their reality, are our priority as Salesians in the world. I think that feeling this means that the Holy Spirit continues to accompany our reflection and the journey we take: they have been days of grace for the association.” Fr Á.F Artime, referring to the closing of the Synod, in which he took part, recalled how “in the Synod document you will meet many elements that speak of young people, their poverty, their challenges.” Before announcing the name of the new World Coordinator, the Rector Major thanked all three candidates and he spent words of gratitude for Noemi Bertola, outgoing Coordinator, for her efforts over the last six years, at the service of the association and young people all over the world.

For Candidates and Members
There are two types of formation in the Association of Salesian Cooperators: initial formation and ongoing formation. The period of initial formation lasts for two years, during which a person discerns God’s call to become a member. Upon completion of the two years, the candidate is inducted by making The Promise, a commitment to live the life of a Salesian Cooperator forever.
Following that commitment, there is a program of ongoing formation supported by local centers; institutes go through Project of Apostolic Life.

To the Project of Apostolic Life

Dear Salesian Cooperators,
With the Decree of April 29, 2013, the Congregation for the Institutes of Consecrated Life and the Societies of Apostolic Life has confirmed and approved your Project of Apostolic Life in definitive form. It is now your charter of identity in the Church, in the Salesian Family, and in society.
It is offered to you as a “book of life,” which must accompany you always. It contains the renewed Statutes and the Regulations of the Association of Salesian Cooperators. The Project of Apostolic Life, thus approved, guarantees fidelity to the original inspiration of Don Bosco; spiritual, theological, and pastoral harmony with Vatican Council II and the Magisterium of the Church; continuity with the prior Rule of Apostolic Life; and the Christian and Salesian response to the new challenges of the world.
Today, December 8, 2013, on the Solemnity of the Immaculate Conception of Mary, which marked the beginning of our vocation and mission in the world, I, in my capacity as Rector Major and Successor of Don Bosco, do hereby officially promulgate this renewed Project of Apostolic Life.
I invite you to welcome and receive it with the gratitude and hope of one who receives a precious treasure.
From this moment of its promulgation, the Statutes must occupy a privileged place both in the personal life of every Cooperator and in that of the entire Association. This carries with it the need for its contents to be known and its values interiorized.
The Statutes describe the spiritual riches of your charismatic identity; define your apostolic project; trace the path of your sanctification; and invite you to give witness to them as your greatest gift.
They also contain all that which refers to the structure of the Association but they are not exactly a text of juridical norms or a simple doctrinal tract. The Statutes delineate the profile of the Salesian Cooperator so he or she might be perfectly suited for his/her vocation and mission. You are a true Salesian in the world according to the original intuition of Don Bosco, who wished the Cooperator to be a passionate collaborator of God through the great choices of the Salesian mission: the family, the young, education, the Preventive System, and commitment in social and political environments, giving privileged attention and openness of heart to the poor, the excluded, the ill, and the marginalized of every kind.
The Statutes are intimately linked to the Founder, who wished to communicate to you his spirit. In them you can find Don Bosco. Your love for him will show through your taking on and bringing to life the Gospel project which he is offering to you. He is your model.
A necessary complement to the Statutes are the Regulations, also approved by me, which make the great inspirations from the Gospel and the life choices which are expressed in the Statutes normative and able to be put into practice in daily life. This is so because a vital understanding of the Statutes would remain incomplete without an adequate study of the Regulations. Certainly, we are speaking of two texts which have unique, different natures, but this should not imply that they should be put on different planes as though they differ in importance, but rather, that there needs to be an integration of the two. The first, the Statutes, represent your charter of identity and comprise the project of the Founder; the norms relative to the animation and governance of the Association, as approved by the competent authorities of the Church and which can be modified only with Her approval; and the necessarily harmonized spiritual and juridical elements. The second, the Regulations, contain the concrete and practical applications of the universal interests in the Statutes and, therefore, are valid to be put into practice in the entire Association. Since some of the norms have been formulated taking into consideration determinate historical conditions, which, per se, are mutable, the Regulations are, by their very nature, more easily modifiable.
I hand over to you, my dear Salesian Cooperators, this “book of life” as a most precious gift, along with the task of knowing and interiorizing it. It must become the object of your study, of assimilation, of your prayer, and of your life.
I hand it to you with the heart of a father, the heart of Don Bosco, and I entrust you to Mary Help of Christians. She will take you by the hand and will be your Mother and Teacher

Solemnity of the Immaculate Conception of Mary